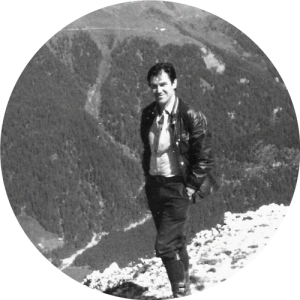 In the seventies everything was possible.

Becoming who and what you wanted was simple; with just a little wit, a bit of luck, a good amount of effort, a sound idea and enough courage, the stage is set.

Gianni Baldissarutti, or rather Milio as everyone called him, was a very handsome young man, charming and kind, with his gaze focused firmly on the future. He had no lack of desire to work and possessed plenty of courage. In short, the essential ingredients for a great Italian adventure were all present…

In Santo Stefano di Cadore, with his wife Stefania and his sister Rosanna at his side, Milio opens G.B. Initially making clasps and closures for purses, the factory very quickly also begins producing glasses.

Milio immediately realises that this is a good line of business and puts all his energy into this new adventure.

Can you see them? There are 6 of them, ready to start on this engaging and exiting project. To imagine the future together, to solve problems together. Yes, together. In fact, Milio is not a classic style of boss. He creates a team. A team in which the employees feel part of something important.

Walter, Milio’s brother, is an integral part of the team. A smart guy, bold and crazy enough to accept jobs that put fear into the hearts of their competitors... It's the way of the market my friend! The winner is the one who takes a risk.

In a few years the factory becomes one of the essential economical lynch pins in the area, providing work for many local people. The invincible press beats on… PUMPUMPUMPUMPUM

Everything runs smoothly until illness stops Milio in his tracks. But the company itself is unstoppable.

In 1990 Stefano Larcher arrives, meticulous and informed, he believes whole heartedly in Milio’s vision and throws himself behind it with the same zeal as its creator. They fight against globalization and delocalization, the new monsters that threaten to distort the very fabric of world production and in turn also that of Cadore.

Together, the 20 loyal employees keep the company on track. They confront and resolve any problems as they arise, never losing heart, always finding a safe harbour and each time emerging stronger and more prepared for the challenges to come.

Today G.B., in its new home in the artisanal and industrial district of Auronzo di Cadore, is a leading producer of metal glasses. Not only did the company survive the destructive financial and sociological hurricane of delocalisation (which blew away many glasses companies in the area) but it also grew. Its workforce became stronger and the company embarked on new adventures.

Proud of its past but always focused on the fresh opportunities that the industry offers.

The results: the level of know-how grew with the addition of new machinery and computerised 3D design programmes; a developed knowledge of marketing techniques secured a place for G.B. products within the worldwide market; a competent and professional team able to satisfy the needs and wants of an international client base was formed.

Look straight ahead to the future, together, like at the beginning. 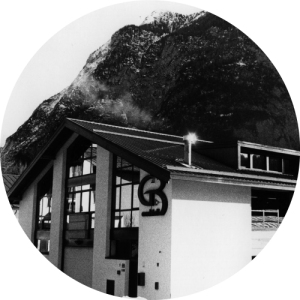 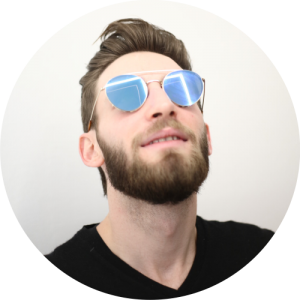 It is said that tomorrow is another day but G.B.’s vision of the future continues to be the same as that of today:

The production of high quality products made with an ethos of respect for people and the environment.

To continue to maintain the companies’ position as a leading producer of metal glasses, a “must have” for the fashion industry.

To expand the use of new technology in the research, development and realisation of new ideas, which are valuable and the indispensable base from which everything grows.

To take the G.B. brand into parts of the world as yet unexplored by us.

And why not? On Mars!